While Destination Oconee manager Janet Hartman shared with county council during a presentation Tuesday the “many successes” of the program in its early stages, she noted the majority of it has been done with “limited funding.” 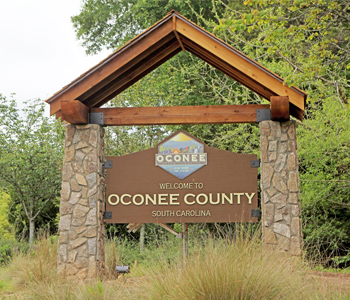 For us to continue to have success, we will need to have dedicated funding for the other initiatives,” she said.

Hartman said the DO Action Committee, which was appointed by council, has made various recommendations to fund a project list she presented.

The committee voted to recommend council consider implementing a countywide hospitality tax in unincorporated areas of the county to fund the immediate and priority need items identified on the list and to assist in ongoing maintenance of existing “recreation assets.”

Another recommendation was that council consider funding the future flagship and capital projects with other funding options, such as increased accommodations tax revenue with an influx of new hotels into the county.

“As new hotels come in, we could dedicate the additional revenue from those to specific projects,” Hartman said.

The “flagship projects” were a master plan for Fall Creek Landing improvements, trail systems at the Walhalla terminus of the Palmetto Trail, Stumphouse Tunnel and, most significantly, $15 million for a countywide greenway connecting all three major downtowns, as well as a future connector to the Green Crescent Trail in the Clemson area and recreation/sport tourism amenities.

“Today is the best time for us to start working toward the future of Oconee County,” Hartman said.

The goals of the DO program, Hartman said, are to capitalize on the county’s natural resources, promote the uniqueness of its downtowns, create a strong “sense of place” and a distinct, cohesive destination, and to focus on quality of life.

Among the “successes” the program has already achieved that Hartman mentioned were a “gateway signage program,” funding welcome signs into the county along the U.S. Highway 123 corridor from Clemson and S.C. 11 corridor from Pickens County — both funded through grants.

“These are our welcome mats to the community,” she said. “This is the first impression people get when they come in to Oconee County.”

Hartman also discussed downtown audits in the cities, the Great Oconee Clean Up that led to 2,300 pounds of litter being collected and the Downtown Clean Up Challenge that collected 3,500 more pounds.

“It just goes to show that there’s a lot of people coming together and really showing their community pride in support of the different initiatives to bring people into the community,” Hartman said.

Westminster Mayor Brian Ramey thanked council for the DO program and what it has done for the cities.

“When I first got elected, it was a very short time before (officials from DO and the Oconee Economic Alliance) approached me and started offering to help,” Ramey said. “They didn’t ask for anything; they asked what they could do to help.”

Ramey said the DO program had been “a huge support” for the city, including the recent garbage pickup competition between the county’s municipalities. Thanks to the program’s help with marketing, Ramey said the city had 90 volunteers turn out for the event, which in turn led to Westminster receiving a $5,000 grant for downtown beautification.

“Westminster does not have the resources to get all this stuff done that (Hartman) does for us, and she and I have a lot of plans coming for Westminster,” he said. “I hope that you’ll continue to support the program” because the cities need it, the rest of the county needs it, and it’s something that we cannot afford individually.”

When the idea was proposed for the Great Oconee Clean Up trash pickup program, Crenshaw said Blackwell and Hartman were vital in bringing the concept to fruition.

“I hope we can continue and maybe make the Great Oconee Clean Up a yearly event and do it in the spring next year,” he said.

Lyle, who also serves as director for the Museum of the Cherokee in South Carolina, said the DO program had done many things to improve things for both the county and its cities.

“For example, we have a first-class hotel coming to Main Street Walhalla, and that’s something we’ve needed for a long time, so they’re helping to improve the downtowns in all the cities through the county,” he said. “Another example is that our museum, the Museum of the Cherokee in South Carolina, the visitation has increased four-fold in the last year. I don’t know if all that is due to Destination Oconee … but things keep looking better.”  