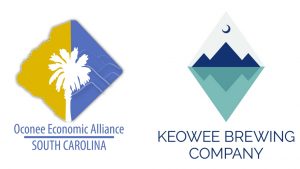 Today, the City of Seneca and the Oconee Economic Alliance (OEA) are pleased to announce that Keowee Brewing Company will establish operations in downtown Seneca with intentions to open in fourth quarter 2018 and start hiring later this year.

“On behalf of the City of Seneca, allow me to express how excited we are for this type of project to locate in downtown,” commented Dan Alexander, Mayor of the City of Seneca. “This was also a great team win as the City staff worked hard along with the OEA to bring this to Seneca. This will be the type of project we will look back on in a few years and point to as a springboard for development in our downtown.”

This new brewery is owned and operated by Alex Butterbaugh, who most recently worked as a brewer at 3 Sheeps Brewing Company in Sheboygan, Wisconsin.  This new brewery derives its name from the nearby Lake Keowee, which is just a few minutes from the brewery and is also the source of water for beer production. This five-barrel brew house will be located at 401 E. Main Street in downtown Seneca and will house the operations split over two floors.

Alex Butterbaugh, owner and operator of Keowee Brewing, stated “My wife, Allison, and I grew up in Spartanburg and attended Clemson University.  While our jobs after college took us away from South Carolina we always knew that coming home would be a priority.  We are very excited about returning to the Upstate and becoming an integral part of the community.  Downtown Seneca already has some of the best restaurants and bars around and we hope to add to the draw of the downtown area.”

This production facility will offer up 12 beers on tap which will focus on IPAs, Stouts, Pilsners and many others.  Alex noted that “the goal is to to have something for everyone that comes through the doors.” Keowee will have an indoor tasting room along with a large outdoor biergarten with a patio for concerts, community events and other social gatherings.  They also plan to partner with nearby food establishments to allow outside food to be brought in as a way to encourage the “local food” movement and work with area food trucks to showcase various local ingredients.

“This is going to be such an impactful type operation for our area beyond the jobs and capital investment we typically talk about in economic development projects,” stated Richard K. Blackwell, executive director for the Oconee Economic Alliance. “Keowee will play off the localism concept, help to diversify our local economy and push forward the revitalization movement in downtown Seneca. This is the beginning of a great story.” 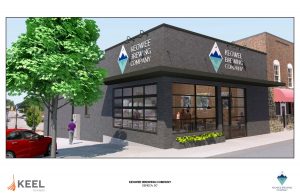 For more information on the Keowee Brewing Company, check out their Facebook page at www.Facebook.com/KeoweeBrewing or email them at LetsChat@KeoweeBrewing.com. Hiring will begin later in the year.